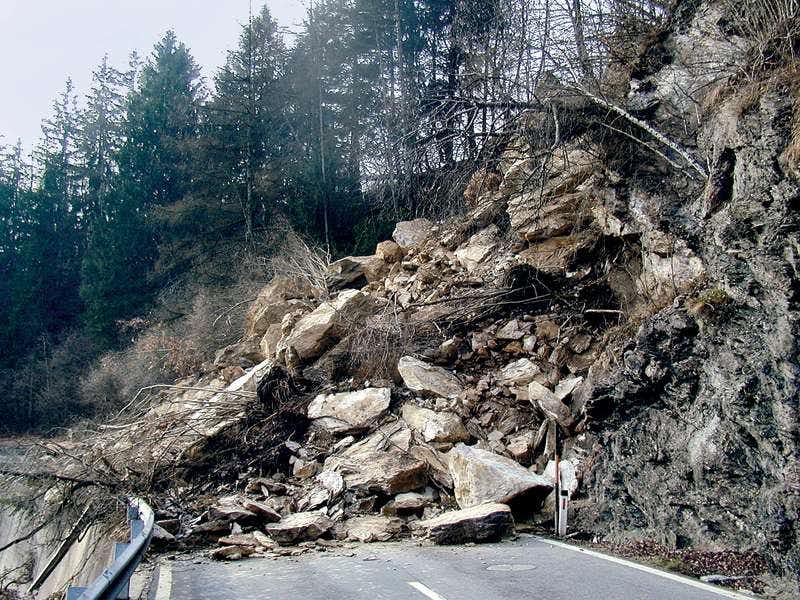 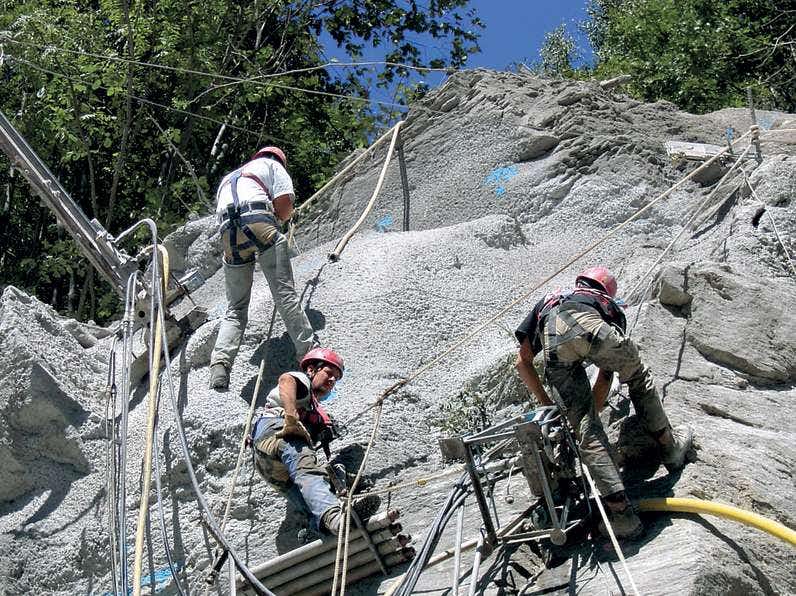 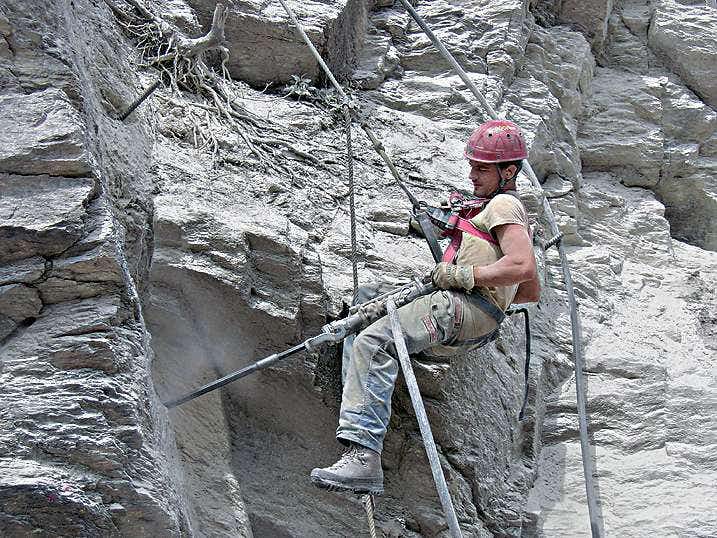 The causes for the rockfall were described as follows:

In addition, correspondingly dimensioned barriers such as elastic stone barriers and gravity walls were erected. The stabilization measures were accompanied by a geotechnical surveillance and control concept with 2 inclinometer drillings each 40m deep, surface measuring points and pressure cells in order to detect stronger movements at an early stage.

Since the bench edge of the rockfall was located in the immediate vicinity of the A10 Tauern Expressway, the key north-south transport connection between Germany and Italy/Slovenia, the execution of the stabilization measures had to meet special requirements. As scheduled, construction time was 6 months, whereby one lane of the B99 federal road remained open to traffic at all times.

Post-tensioning Systems to Build and Reinforce an LNG Tank